A Network for All Healing Touch Practitioners & Students 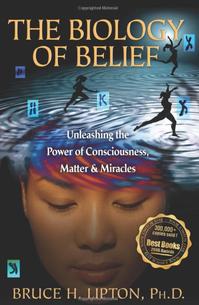 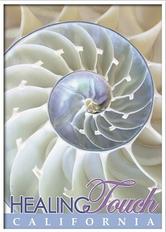 Finding himself frustrated with life as a medical school professor and cell biology researcher, Bruce H. Lipton, PhD, parted ways with the academic mainstream and went to teach at a medical school in the Caribbean. This respite from institutional rigors gave him the opportunity to review his research on the mechanisms by which cells control their physiology and behavior. He then experienced a scientific epiphany that shattered his beliefs about the nature of life and upended current beliefs about cellular biology. Dr. Lipton presents his new realizations in The Biology of Belief, Unleashing the Power of the Consciousness, Matter & Miracles.

Using anecdotes, analogies, illustrations and a bubbling enthusiasm, Dr. Lipton begins by examining, in great detail, the processes by which cells receive information. He integrated the principles of quantum physics into his understanding of the cell’s information processing systems, which prompted his new theories. Though the information he shared can be technical, he has a way of making the fine details of research very understandable.

His breakthrough studies focused on the cell membrane, the outer layer of the cell. He determined it was an organic homologue of a computer chip, the cell’s equivalent of a brain. Further research revealed that the environment, operating through the membrane, controlled the behavior and physiology of the cell, turning genes on and off. The implications of his research radically changes our understanding of life and shows that genes and DNA do not control our biology. Instead, DNA is controlled by signals from outside the cell. His discoveries, which ran counter to the established scientific view that life is controlled by the genes, presaged one of today’s most important fields of study, the science of epigenetics.

After diminishing the importance of genes, Dr. Lipton proposes that the real power in who we are and what we do with our lives comes from programming we can control. “Genes are not our destiny,” he writes. According to him, it is the environment that controls our programming. Environmental influences from nutrition to emotions can modify genes, without changing their basic blueprint. He further proposes that human beings can control gene activity and even rewrite their genes by focusing on their beliefs. These beliefs, true or false, positive or negative, creative or destructive, exist not simply in our minds; they are directed downward to the level of the cells of our bodies. He also shows how even our most firmly held beliefs can be changed, which means that we have the power to reshape our lives. Isn’t that what the mystics have been saying all along?